Skip to content
Previous Next
Solar Energy: Wisdom for a Better World

A 90-Year-Old’s Effort to Restore Humanity

By Mackenzie Biehl of HappilyHarper.com

Dr. Winchester, a former Professor Emeritus of Oceanography at Earth, Ocean & Atmospheric Science at FSU recently donated a SmartFlower to the department. SmartFlower is a self-contained solar electric system designed to mimic the unfurling of a flower when the sun rises.

The custom solar (PV) modules are configured like the petals of a flower and arise from a night-time nesting position to form a circular flower-like array that then tracks the sun, and then stows away at night.

The SmartFlower dual-axis tracking can deliver up to 40% more energy from the same amount of solar capacity.

The device is one of the building masterpieces. It is now sealed on a concrete floor base and embedded with several bolts. In the next few months, the Smart Flower will be totally set up and connected.

I want to tell you a little about Jack. “Jack” Winchester went to high school in the western suburbs of Chicago from 1943-47. His father was a public accountant who worked in the “loop” of Chicago and his mother was a graduate of music from Knox College. She had great hopes for Jack to become a musician, but he did not inherit the talent of a performer. Her instruments were organ and piano and she gave piano lessons to children. Jack had one sister and one brother. His brother has the performing talent performing “Oldies Goldie’s”.

Jack went to undergraduate at the University of Chicago from 1947-52 and Graduate School at MIT from 1952-55. Jack went for a post-doctoral through a Fulbright grant in Amsterdam from 1955-56 where he also learned to speak Dutch. It was a really good experience in which he continues to be interested in languages.

Jack could see right away that the way to get ahead in academics was to become a specialist and develop programs with specialties.

He came back from Amsterdam for an appointment at MIT for an assistant professor of geochemistry. Jack applied the nuclear methods that he learned to a variety of earth science type problems from rocks to oceans etc. Some students developed these issues into legitimate research programs. Jack spent the next 10 years as a faculty member at MIT.

Jack was one of the first to study this research. That defined him as an oceanographer. The department at FSU had been newly created and in trouble because it wasn’t really growing as it should.

Robert O. Lawton asked the department to look for an outside chairman to give it a shot before the oceanography program completely phased out. Bob Hariss contacted him directly and was very charming. Bob offered him the job and his wife Ellen was delighted with the opportunity. She started the Big Bend Group of the Sierra Club in 1970 and is a going concern now. She found her niche in Tallahassee as an environmental and socialist and activist. 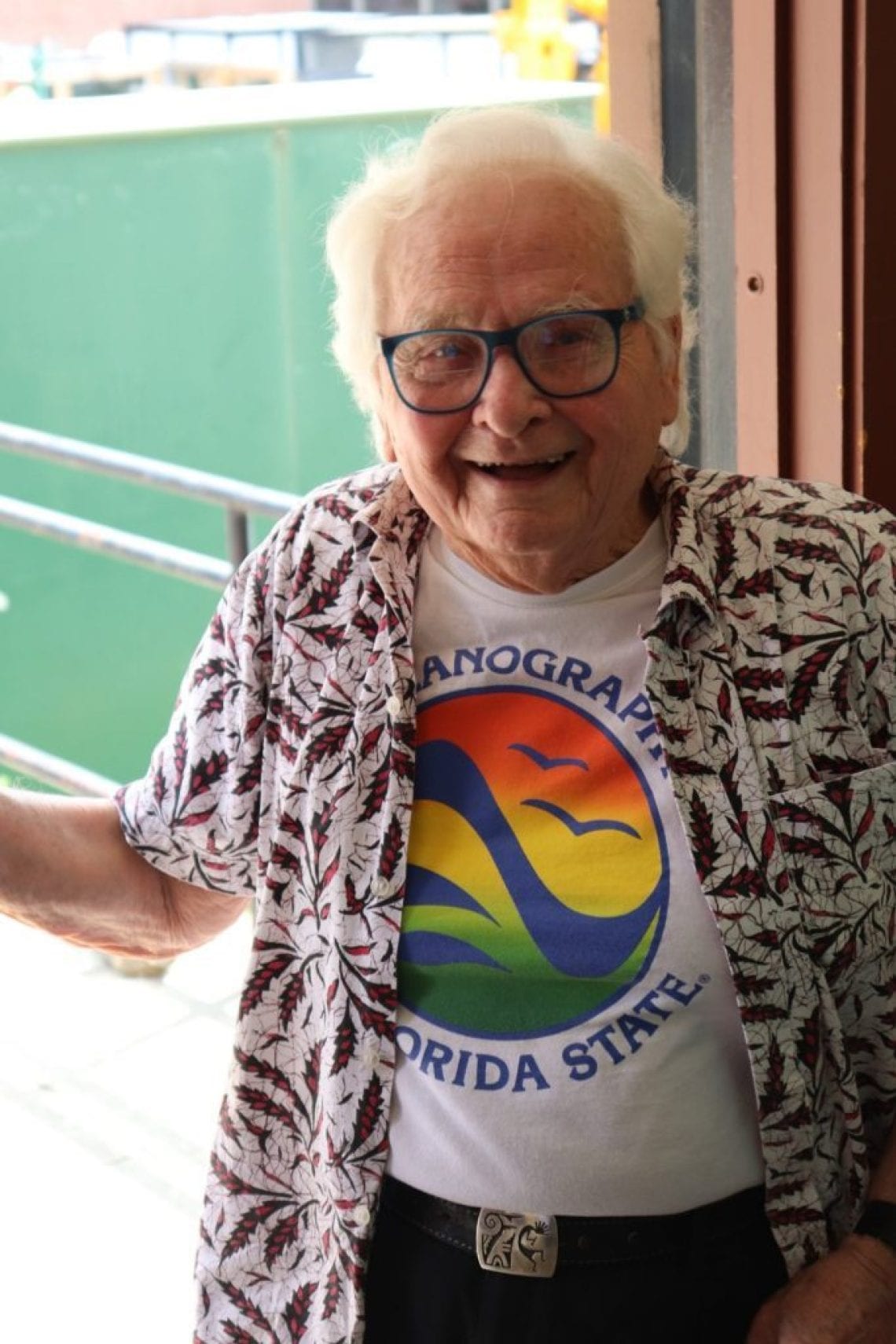 Did you know that cities like Burlington VA, Georgetown TX, and Aspen CO are 100% powered by renewable energy? Solar energy is derived from the sun’s radiation. The sun is a powerful energy source, and this energy source can be harnessed by installing solar panels.

His hope is this SmartFlower will supply a visual interest to promote solar panels. People haven’t really thought through the energy supply problem humanity faces.

They don’t realize we are mining plant material that has been stored for millions of years and burning it up. This puts out too much carbon dioxide and plants can’t keep up. Plants grow by taking carbon dioxide( C02 ) making carbon and water compounds and releasing the 02 part to the atmosphere. Respiration takes the O2 out of the atmosphere. That’s the balance. You need to have an equal rate to keep the balance.

Animals use oxygen to burn the carbon back. We are overdriving the oxygen faster than plants can pull it out and it is a threatening a balance of life.

Humanity may be one of them before you know it. People need to wake up and take notice. Experts can show it’s a profitable investment to get a solar system. And we can’t run out of solar energy. Solar energy is an investment that is more profitable than anything you would make at the stock market.

Jack’s goal is to help students think about solar energy and talk about it.  His wishes are to make the world a greener place, to bring solar to new heights of technological innovation, and to show availability for those who believe in sustainability for better energy and environmental future. That is his hope for humanity. And he is just getting started.

With Jack’s help, Oceanography then came a respectable place to study and teach and people started taking it as a job and now people have been here for years through retirement.

Because of the influence of one member of the department who has many solar panels on his roof, it inspired Jack to put panels on his roof. A man from Simpler Solar System came to clean them and mentioned this unique design so he contacted Al Simpler and generously purchased one for FSU. That was two years ago.

Then Al Simpler was called in to work with the architects to help design the solar panel on FSU’s campus. Jack purchased it in the nick of time to influence the design of the building. Faculty members thought this would be a neat device to have to show the department cares about environmental impacts.

Back when Jack was a professor at FSU, they only had a graduate program in Oceanography. Early on he thought there should be undergrad Oceanography course for science majors like Geology students.

Jack thinks everyone should make the most of solar energy as we can. We have an energy supply problem in this world and we are destroying our ecology. Humanity depends on the sun to power our global ecosystem of which humanity is a part.

By luck, he had been contacted by a doctoral student at Harvard, Edward Laws, who had been studying Chemical Physics and did not want to do it anymore. He heard that Jack had been a major in nuclear chemistry. Jack went to the Dean at the time and said here’s a guy getting his Ph.D. from Harvard studying Chemical physics.

There was one standout student who enrolled and the geology professors raved about him being brilliant. This student then graduated from Florida State University, went to Miami for Ph.D. in Oceanography then Pen State for his role as an Academia. He rose to prominence in his central administration. This was Eric Barron who returned to FSU later as the President of Florida State University. Eric Barron went into oceanography after taking Jack’s course which gave him a prerequisite to pursuing his career. How cool is that?